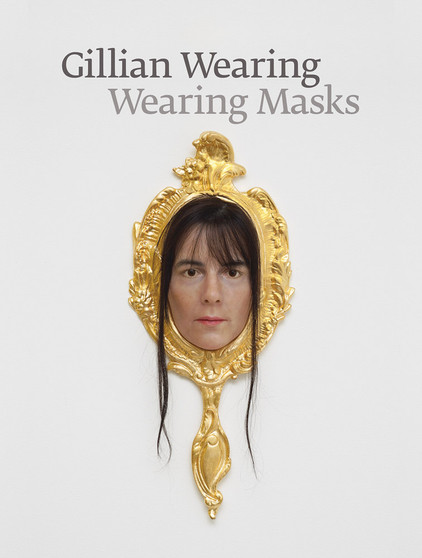 One of the most influential conceptual artists of her generation, Gillian Wearing first gained recognition in the 1990s for groundbreaking photographs and videos that recorded the confessions and interactions of ordinary people she befriended through chance encounters. In its candor and psychological intensity, her work extends the traditions of portraiture initiated by Sander, Weegee and Arbus. Yet in her ongoing attention to technology’s role in the presentation of self, Wearing has presciently identified defining aspects of contemporary visual culture, from reality television to the rise of the selfie.

Published for Wearing’s first North American retrospective, Gillian Wearing: Wearing Masks traces the acclaimed artist’s practice from her earliest Polaroids and videos to her most recent production, including large-scale photographic self-portraits of Wearing in the guise of other artists; a more intimate body of self-portraits titled Lockdown; and installations and commissioned public sculpture. Essays by co-curators Jennifer Blessing and Nat Trotman provide an overview of Wearing’s oeuvre, and a “self-interview” by Wearing offers a revealing firsthand account of the artist’s practice, including her ongoing project Your Views (2013–), in which she has recently responded to the COVID-19 pandemic, and her exploration of AI technology in the video work Wearing, Gillian (2018).

Gillian Wearing (born 1963) became associated with the Young British Artists (YBAs) after graduating from Goldsmiths College in 1990, and went on to win the Turner Prize in 1997. She works equally in photography, video, sculpture, installation and, most recently, painting. Wearing became well known early on for her now-landmark piece Signs that say what you want them to say and not Signs that say what someone else wants you to say (1992–93), for which she photographed almost 200 strangers with placards of their own making.

Show your love for your favorite art store with these new Wet Paint t-shirts for 2022! Next Level br…

The Diary of Frida Kahlo